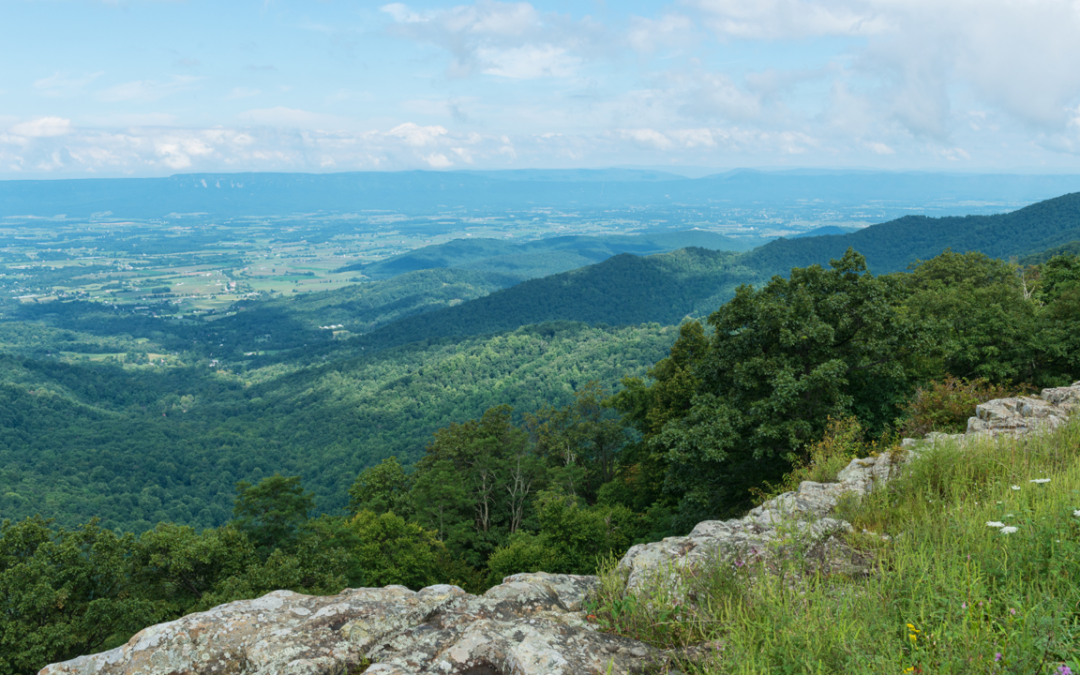 A weekend away from your daily routine can wash away the doldrums and even transport you to a different era. A change of scenery and a slower pace are on the menu as we discover a meander- worthy destination steeped in history with a touch of ghost tales that are sure to intrigue!

Nestled in the lovely Blue Ridge Mountains in the southwest corner of Virginia lies the picturesque town of Abingdon which is a Virginia Historic Landmark. Daniel Boone roamed here as well as early settlers migrating through the mountains to reach the new American frontier. In the late 1700’s the town was established and within two years patriots from Virginia gathered at the Muster Grounds to begin a 220- mile march to King’s Mountain. The battle later became a turning point in the Revolutionary War.

While you are there:

See a show at the Barter Theatre

The earliest known production here was held in 1933 with the newspaper declaring, with vegetables you cannot sell, you can buy a good laugh.” The produce. Four out of five theatregoers paid their way with vegetables, dairy products and livestock. Today at least one performance a year celebrates this history by accepting donations for Feeding America Southwest.

Take a ride on the Virginia Creeper Trail

The Virginia Creeper trail is a 34- mile rail bike trail that is known as one of the best in the nation. From Abingdon to Alvarado the trail crosses rolling farmland, and then slowly changes to a high mountain trail between Damascus, VA and Whitetop Station, inside Mount Rogers National Recreation Area. The most popular activity is a 17- mile bike ride from Whitetop to Damascus with a 5% downhill grade which is suitable for families, and you don’t need to be an athlete to take this pleasant ride. Pack a lunch and stop along the way to enjoy the scenic river. Numerous outfitters can be found in Damascus to rent bikes that include transportation to the top of the trail.

The trail got its unusual name from the early steam locomotives as they struggled slowly up steep grades, carrying lumber. Having failed to turn a profit since the Great Depression, the Creeper ran its last train on March 31, 1977. The trail gained new life in 1984, when it was designated a National Recreation Trail.

Experience fine dining shrouded in history! The Tavern is the oldest bar in Virginia and one of the oldest in the nation. It served as a hospital for wounded soldiers during the civil war and has been a bank, bakery, general store, and post office over the years. The Tavern was owned by the Thaddeus Harris Family for over 100 years and later restored in 1984 to its former glory by local attorney Emmitt F. Yeary. In 1994 Max Hermann, a native of Germany, reopened the restaurant after having served 20 years in the United States Air Force. Max shares many of his collectibles from his travels around the globe and brings an intercontinental flair to the ambiance as well as the food.

Known for the authentic German fare as well as an eclectic menu filled with savory choices. Brunch is also a big hit with surprises like Cherrie and Dark Chocolate Waffles and Crème French Toast.

Stay at The Martha Washington Inn

The elegant Martha was originally built in 1832 as a magnificent Southern mansion for Gen. Francis Preston; his wife, Sarah Buchanan Preston; and their nine children. It is amazing that, more than 150 years ago, this residence was built for just $15,000, which was a lot of money at the time.

Born in Virginia, General Preston attended law school at William and Mary College, served in Congress and was a member of the Virginia Assembly until 1797. During the War of 1812, he was commissioned a colonel and marched his regiment to Norfolk. In 1820, Preston was named a brigadier general.

Construction started on the Preston Mansion in 1820 and was completed 12 years later. Through the years, the house was filled with priceless furnishings. The rare and elaborate Dutch-Baroque grandfather clock was shipped from England by one of the Preston daughters, Mrs. Floyd. It resides in the east parlor and still works today.

The Preston children married into some of Virginia’s finest families. Preston died in 1835, with his wife remaining in the home until 1858.

Purchased from the Preston family for $21,000, the mansion became an upscale college for young women. In honor of the first lady of the nation, the school was called Martha Washington College, known as the Martha. It operated for more than 70 years and was involved in the Civil War and the Great Depression.

Prior to the Civil War, the school continued to acquire and showcase beautiful heirlooms. Martha Washington’s estate presented the college with a delicate teacup and saucer. It is on display in the front parlor.

Elaborate receptions were a part of college life. An annual event was a reception honoring the first president. Participants dressed in colonial costumes and danced the Virginia Reel.

Unfortunately, the devastating Civil War had a sad effect on the college. Schoolgirls became nurses, and the grounds became training barracks for the Washington Mounted Rifles. Classes were often interrupted by gunfire from both sides. The college became a make- shift hospital for the wounded — both Confederates and Yankees.

Despite the war, the college survived. However, the Great Depression, typhoid fever and a declining enrollment took its toll. The Martha stood idle for several years and was closed in 1932. For a period of time in 1934, the facility was used by Barter Theatre to house its actors and staff.

Around 1935, The Martha was opened as a hotel. Over the years, it has had many renovations. Some of the visitors included Eleanor Roosevelt, President Harry Truman, President Jimmy Carter, Elizabeth Taylor, and Gregory Peck (who got his start at Barter Theatre).

Walk the halls and one can imagine the countless stories that have been told about the haunted sightings.  Ask the locals about the spirit that is said to be residing in the tunnel that seems to be extremely angry. Once, the structure was connected to a theater called the “Barter” through the means of a tunnel. Many individuals that walked between the structure and the theater often complained that an evil presence was felt. The spirit that was said to be in the haunted inn’s tunnel has often been described as being “ominous” and even “malevolent”. The exact identity of the spirit is unknown.

Another story that surrounds a young lady that attended the college and the man that she fell in love with. The man that she loved was a Confederate Soldier that had a very dangerous position in the military. He was responsible for informing the notable General named Robert E. Lee where the Union Army was stationed at. Before he set out on his new mission, he wanted to see his girlfriend to bid his final farewell. He used secret tunnels and stairs to gain entrance into the building – which served as the college at that time – and see his love. Unfortunately, he was immediately located and shot by two Union Soldiers and fell dead at his girlfriend’s feet. Apparently, the bloodstain that resulted from the gunshot wound that tragic day continues to reappear on the floor despite efforts to clean and remove it.

All of these stories just seem to add to the character and unique Southern charm of this “grand ole lady” that welcomes all who grace her halls.

For reservations go to www.themartha.com

There are many more gems to discover near the Blue Ridge Mountains so grab your friends and family and head out for your Fallscape and enjoy this amazing season!